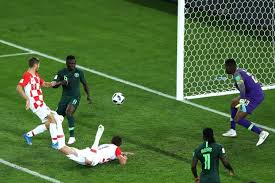 There is a quote that goes thus “insanity is doing the same thing over and over again and expecting a different result”. Well the Nigeria team coach looked insane after doing the same thing in friendly matches against England and Czech repuplic and repeated it in their world opener against the croates. Alex Iwobi is an excellent pklayer who had rather play in midfield behind the striker than anywhere on the pitch. The question many should be asking is when did Iwobi become a winger, especially when the team has a proven winger in Ahmed Musa 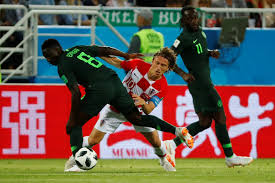 .
The coach played his laughable formation which by now ought to be tagged “nigerian’s losing formation”  annoyingly till the game seemed lost before removing the only player on the Nigerian side who looked like scoring by bringing in Musa leaving Mosses and Ighalo, players who would rather dive to get a senseless set piece than play the ball. Ihanaecho was introduced after Modric converted from the penalty spot to give the croates a two goal lead and an undeserved ride to the top of group D.
Thanks for reading. Kindly COMMENT (below) and SHARE with friends.

Have you seen this denim daiper-like panties?

Jeff Bezos proud of his relationship with Leuren Sanchez

Huawei probably doesn’t need the US and Android | Here is...